Mysterious places in Krakow worth visiting

Krakow is one of the most beautiful Polish cities, with its many secrets, rich history and unique atmosphere. That is why millions of tourists from all over the world visit it every year. If you have already seen all the most important monuments and have walked through the Main Square and Kazimierz, you should go a little further. In this week’s blog, we suggest which secret places to visit in Krakow to feel the spirit of the past with some thrill. 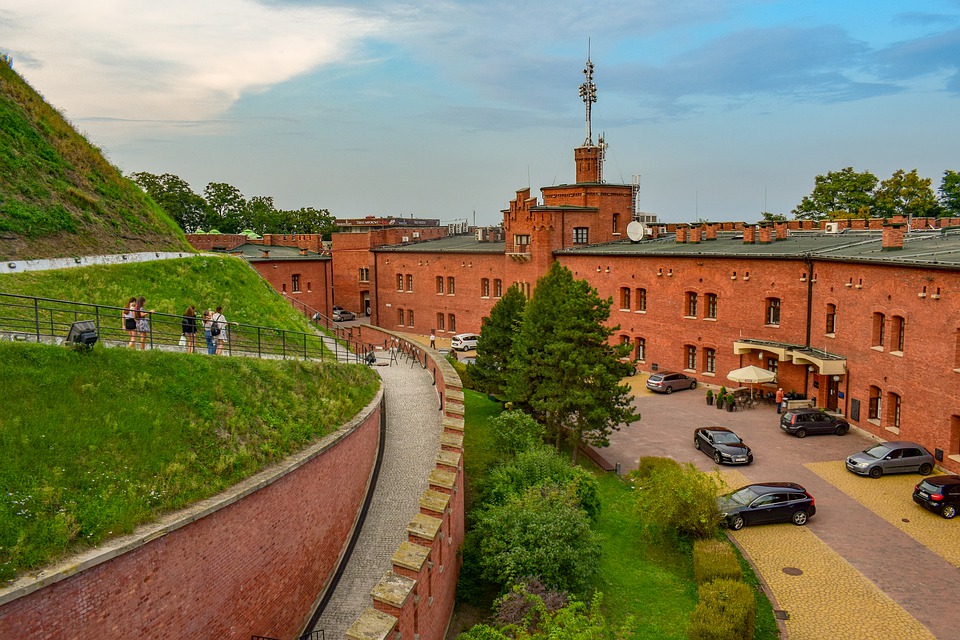 A stay in Krakow is not only the perfect time to visit local monuments – most notably Wawel Castle and the Main Square (Rynek Główny) near Grand Ascot Hotel – but also a great opportunity to delve into the legends and stories behind several other attractions. These stories were passed on from mouth to mouth and have survived to this day.

The Wawel Dragon is one of the most important symbols of Krakow. According to the legend of Wincent Kadłubek, it lived in a cave at the foot of Wawel Castle that is now known as the Dragon’s Den. For years, the dragon frightened locals and many daredevils that wanted to defeat him never returned from the battlefield. One day, it turned out that the only way to outsmart the beast was through trickery – he was fed animal skins stuffed with burning sulphur, which he thought were cattle. At the root of this legend, however, lies the sad story of fratricide when the younger son of the Polish ruler back then, Grakch, killed his brother to become the heir to his throne. To this day, the legend of the dragon is a popular story that tourists and children readily listen to. This tale even has a monument of the Wawel Dragon, who guards his cave and breathes out real fire for those who visit him. 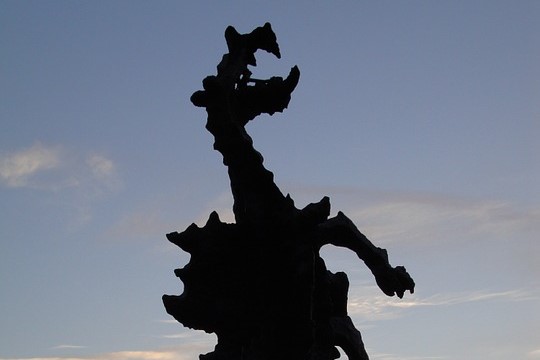 Mysterious places in Krakow often remain understated, and several theories arose on the border of occultism for the existence of chakra energy in Wawel. Following the beliefs of Hindus and Celts, its followers believe in a magical place near the chapel of St. Gereon, dating back to the eleventh century. Alleged energy near the courtyard of the Royal Castle takes the form of a rotating four-armed cross, adding energy and harmony to human life. The Wawel chakra is supposed to give us the potential for creative thinking and positive creative energy.

We encourage you to visit Wawel and look for the power of the local chakra, which is not a permanent phenomenon and its occurrence is apparently dependent on the phases and activity of the moon. People with a highly developed spirituality subconsciously find here mysterious vibrations that give them energy to act. Maybe it’s worth looking for? 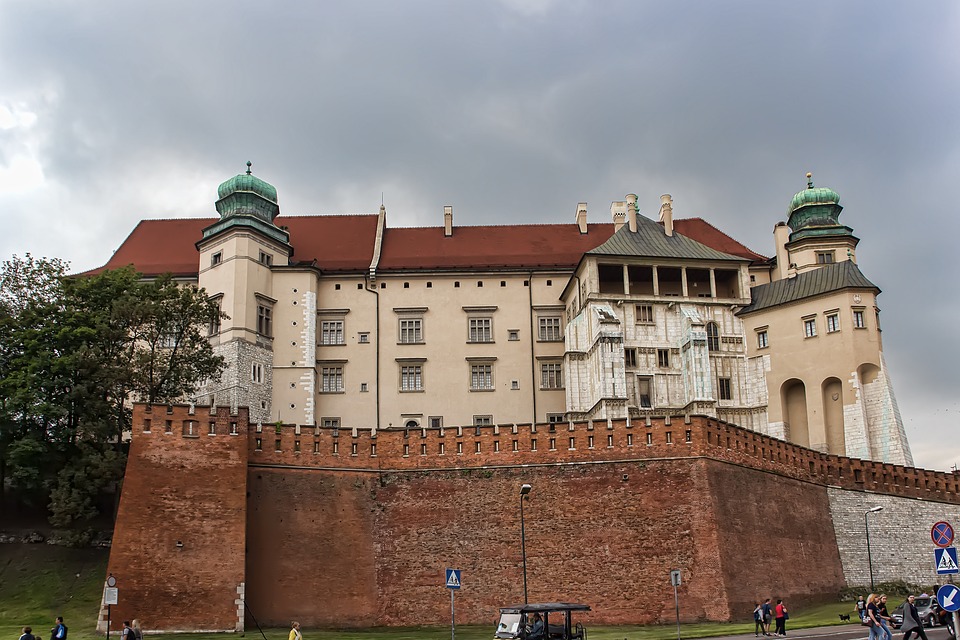 Benedictine Abbey in Tyniec with a view of the Vistula River

Until 1973, Tyniec was one of the villages near Kraków, which Benedictine Fathers chose as their headquarters. With time, the town was included in the territorial area of Krakow. Since 1044 it has housed a Benedictine monastery, which is the largest and richest centre of this type in Poland. The monastery is located on the right bank of the Vistula River, where you can find picturesque views.

Visiting the Tyniec hill is an extraordinary journey in time and space. Tourists have the opportunity to learn about the world and customs of contemporary and former monks. Their openness to the passing of time can be seen on Romanesque foundations, gothic walls, baroque interior furnishings, romantic remains of ruins and contemporary concrete.

Kupała Night at the Krakus Mound

Kupala Night is a Slavic festival associated with the summer solstice, which is celebrated annually during the shortest night of the year. Traditionally, the holiday falls around June 21-22nd. In Krakow, you could not miss the celebrations associated with this Slavic custom. Bonfires and chants are organized under the Krakus Mound, and the people participating in them must wear white dresses and flower wreaths which are released on the water in the Liban quarry. Getting to know the habits of the ancient Slavs is not only an exciting experience, but also a great opportunity to welcome the summer.

A short walk from Grand Ascot Hotel to the Main Square in Krakow lets our guests quickly discover the beauty of The City of Kings. Passing between St. Mary’s Church and the Cloth Hall is an underground Krakow Museum that many are not aware of. An underground tourist trail with an area of 4000 m2 was opened in 2010, allowing you to discover the rich history of the city and its connections with the most important medieval centres of trade and culture in Europe. Visiting the museum with the awareness that the market life is vibrant above our heads, creates a thrilling experience. 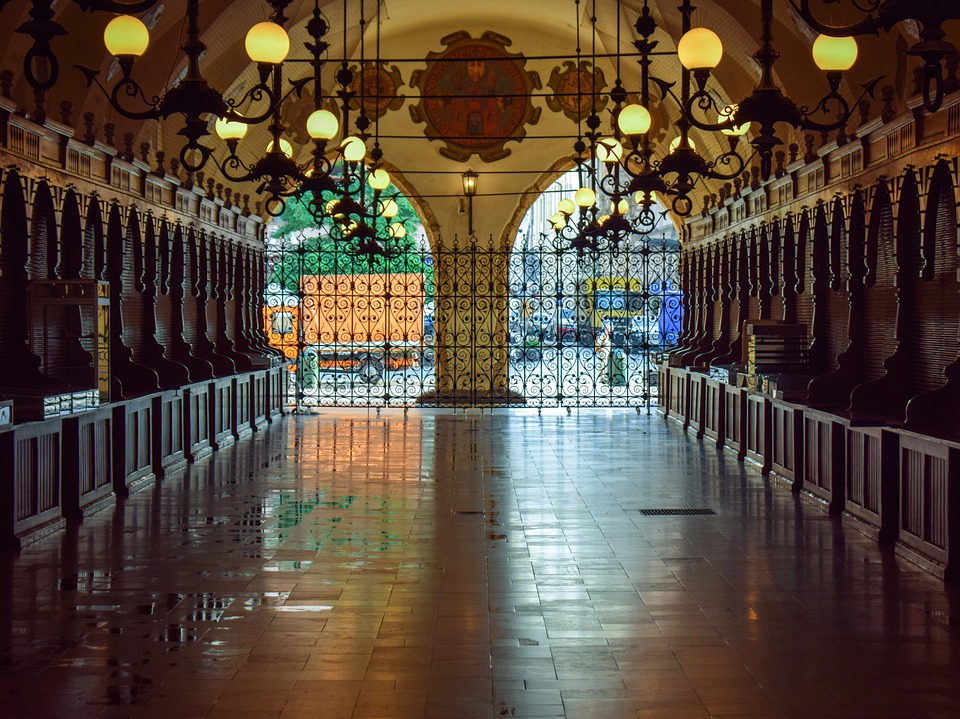 In one of the workers’ districts of Krakow, Nowa Huta, as of recently you can learn the secrets of the “underground city”. Anti-aircraft shelters were built here in the second half of the 1950s. Their main task was to ensure the safety of residents during the Cold War. In the years 1953–1960 more than 250 shelters were created. Although they did not take much time to build, many legends and slander arose around them. Some of the local residents describe the shelter as anti-nuclear. According to specialists and local guides, this statement, however, is far from the truth. The legend is also stories about people who visited the underground corridors, leaving them on the other side of the district. In reality, however, the shelters are not that extensive though they still have an atmosphere of mystery around them.

Botanical Garden of the Jagiellonian University

Interesting places in Krakow are not only comprised of its architecture. The Botanical Garden of the Jagiellonian University – located near Grand Ascot Hotel – was established in 1783 as the first facility of its type in Poland. This interesting place plays a big role in the world of science, education and culture, while allowing you to draw artistic inspiration. Thanks to this, it is visited by thousands of Krakow residents each year who want to escape for a moment from the hustle and bustle of the city. In the garden, in addition to its beautiful nature, you can also visit the museum with the oldest Polish botanical collection. Admiring exhibits in such stylish interiors is an unforgettable experience for all visitors.

The former Chewra Tehilim prayer house is located on 18 Meiselsa Street in Krakow. The building was erected in 1896 on a quadrangle plan with neo-Roman elements. Large semicircular windows and a simple facade allowed the prayer house to exist here in the past. For many years, the building hosted the Song and Dance Ensemble in its interiors, and there is a cafe here currently that raises a lot of controversy among the population of Jewish origin.

In 2008, numerous paintings were discovered on the walls of the synagogue, depicting biblical and floral motifs that can be seen today when visiting. Inside you can feel the unique atmosphere and spirit of time.

On the way to the famous Krakus Mound in Podgórze, you can see a huge excavation of the Lebanon quarry with remains of past industrial buildings. In 1942-1944 there was a penal labor camp created by Germans in the area of the “Krakowskie Wapienniki and Kamieniołomy” company. Over 2,000 Poles and Ukrainians worked here in very difficult conditions, many of whom died.

The quarry area was used in 1993 as a set for the film “Schindler’s List” by Steven Spielberg. To this day, numerous elements of the scenery can be found here because the area remained undeveloped.

Most of us associate amber with the Polish coast. Meanwhile, it turns out that Krakow is also associated with the origins of this beautiful stone, just after Gdansk. The Amber Museum is located in the center of Krakow and you can admire hundreds of exhibits made of natural amber here. You can learn about the stages of stone formation and the history of its processing, as well as examine the authenticity of the stones. Museum visitors unanimously confirm that it is not surprising that amber is considered the most beautiful stone in the world.

Krakow is also a record holder in terms of the city’s existing mounds. There are five of them here, but the most famous is the Tadeusz Kościuszko Mound, located on the highest hill of St. Bronisława in the Zwierzyniec district. The mound is 34.1 meters high, and work on its erection ended in 1823. During the heap, the earth from the battlefields of the Kościuszko Uprising and the American independence war were used.

The largest Krakow mound is the Józef Piłsudski mound (also known as the Independence mound) built at the top of Sowiniec in the Wolski Forest. The mound is 35 meters high, and work on its creation was completed in 1937.

Wolski Forest is one of the largest green areas in Krakow. It is not surprising that it acts as the main recreational area for local inhabitants. The diverse terrain and numerous species of animals found here make it a friendly place for walks and outdoor movement. It is here on the Pustelnik Hill that the city Zoo was founded in 1929.

The lagoon in Zakrzówek was created in 1990 after the flooding of an old limestone quarry. It was here during the Second World War that Karol Wojtyła worked. The lagoon consists of two large water reservoirs of azure colour, connected by an inlet. Currently, it is one of the favourite leisure places for local residents, however the area is fenced off and swimming is prohibited due to the high risk of drowning.

A few steps away are the Twardowski Rocks, which have become a favourite for the inhabitants of Krakow to get away and relax. In this area you will find several climbing routes and the whole is part of the Krakow Gate, located between the Oświęcimska and Sandomierska Valley.